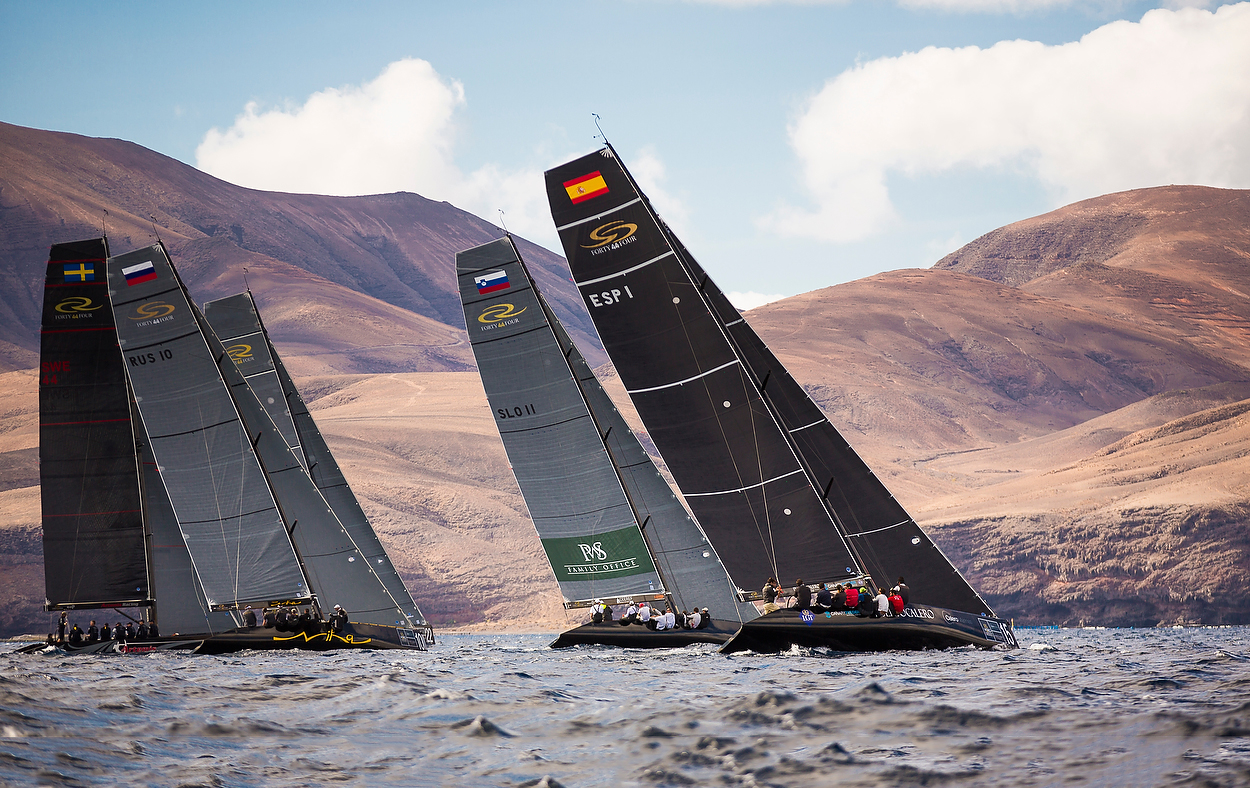 As they did in 2019, the 44Cup will start its 2020 season on the Adriatic Sea with the 44Cup Portorož, Slovenia, over 22 – 26 April. Portorož holds a special place in RC44 history having been the location of the first sea trials for the Russell Coutts conceived one design in 2006 and was where the class’ first regatta was held in 2007.

For the 2020 edition, the event will be hosted for the first time in Portorož town centre with the RC44s moored on the main town pier and the race course set against the backdrop of the walled historic town of Piran.

Defending their 2019 44Cup tour champions title, local heroes Igor Lah’s Team CEEREF will be looking to add their first event win to the scoreboard on home waters: “Sailing under Slovenian flag is a great challenge and responsibility”, explained Lah.

“To be located in the city centre will be fantastic for the spectators and teams as we will have the atmosphere and connection to city life alongside the racing. The competition will be tough as all the teams are well prepared and sailing is as close as possible. This gives a lot of challenge and opportunity to everyone.”

From Slovenia, the fleet will move to Scandinavia for the 44Cup Marstrand over the 24 – 28 June. A favourite for the RC44 fleet racing over the midsummer period the Swedish island comes alive ashore with sailing fans lining the dock and thrilling big wave racing for the teams.

For the third event of the 2020 season, the 44Cup will make its debut at Cowes Week – one of the world’s oldest and most famous regattas but one that has moved with the times, delivering a balance of world class regatta racing and a vibrant social scene. Hosted as a mini-series within the event, over the 11 – 15 August, racing on the Solent will take place with a start or finish each day off the prestigious Royal Yacht Squadron line complete with sound signals from the club’s cannons.

The 44Cup fleet will form part of an impressive line-up of professional racing occurring on The Solent this summer. The Emirates America’s Cup World Series Portsmouth will take place on The Solent over 4 – 7 June and the SailGP foiling catamaran circuit will coincide with the 44Cup as a feature event at Cowes Week, taking place in the late afternoon on Friday and Saturday, 14-15 August.

As a World Series recognised special event, the 2020 44Cup World Championship will take place in Sotogrande, Spain, over the 23 – 27 September with the race course set against the backdrop of Gibraltar. The fleet then moves further south for the season finale over the 11-15 November in Lanzarote: “Having chosen Calero Marinas as their Canary Islands’ base since 2008 and brought the world’s top sailors to Lanzarote for some absolutely thrilling 44 Cup racing, this prestigious class offers much to look forward to with their return,” explains José Juan Calero, Calero Marinas CEO.

The 44Cup’s RC44 one-design monohull offers owner-drivers some of the best value world class fleet racing in the world, with the boats regularly finishing within seconds of each other. It is also one of the most versatile one designs, able to race in 5-25 knots and packing into its own container for convenient cost effective shipping. Despite being 13 years old the 44Cup still attracts the biggest names in sailing thanks to the high quality of racing it offers, as Peninsula Petroleum’s tactician and America’s Cup winning helmsman Ed Baird highlights: “In the 44Cup what you see is people like Tom Slingsby, Iain Percy, Cameron Appleton and myself here because the racing is very good. There are plenty of new concepts and designs right now but the boats don’t exist, they are just in computers. The racing is happening here.

“One of the great things about the 44Cup is the mix of amateurs and professionals in the crew. The amateurs are very good and so when the owners come to these races, they get on the boat and everything works very nicely for them. It’s a simple process for the owners to step on and go racing.” 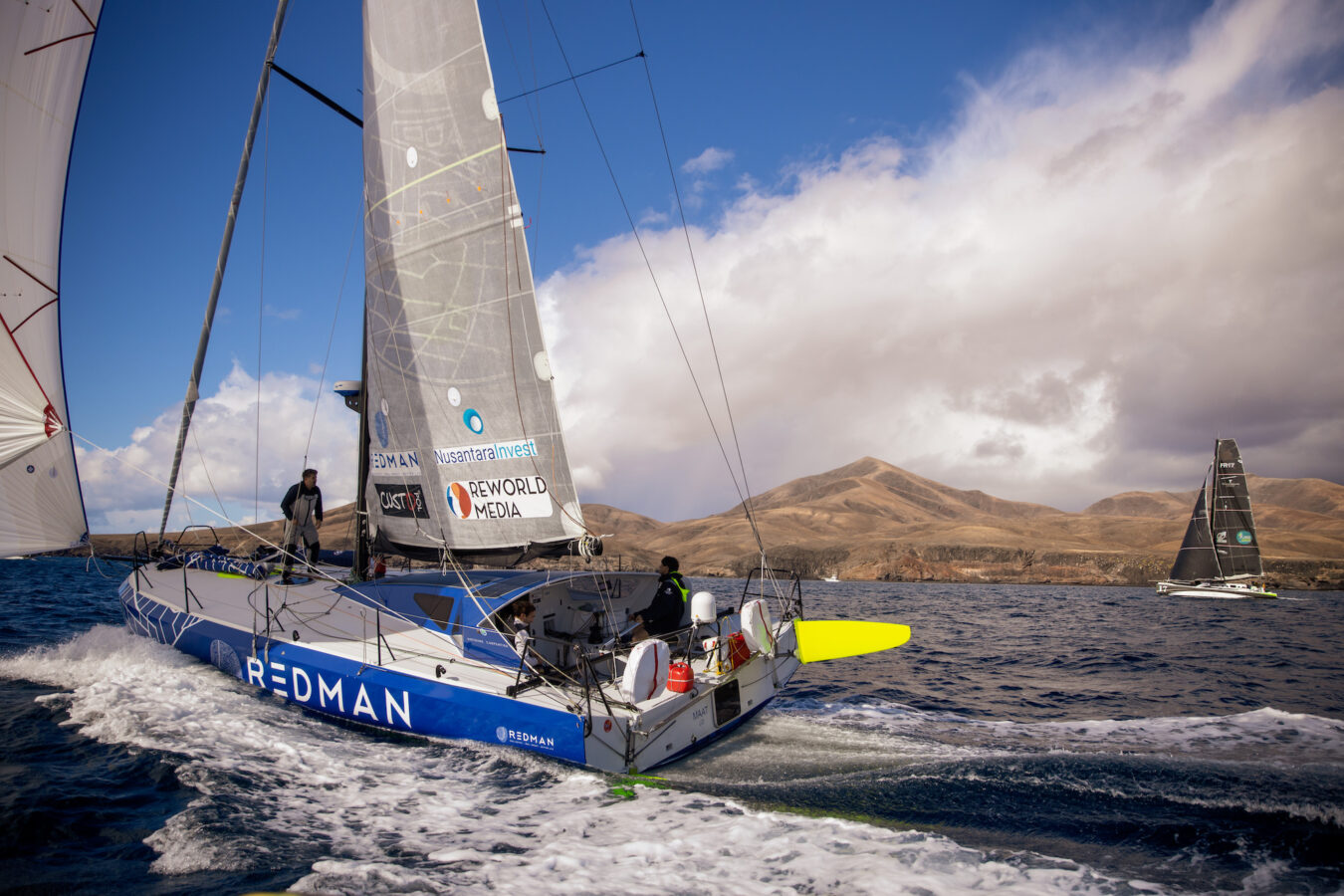 This site uses cookies. By continuing to browse the site, you are agreeing to our use of cookies.

We may request cookies to be set on your device. We use cookies to let us know when you visit our websites, how you interact with us, to enrich your user experience, and to customize your relationship with our website. Click on the different category headings to find out more. You can also change some of your preferences. Note that blocking some types of cookies may impact your experience on our websites and the services we are able to offer.

These cookies are strictly necessary to provide you with services available through our website and to use some of its features. Because these cookies are strictly necessary to deliver the website, refuseing them will have impact how our site functions. You always can block or delete cookies by changing your browser settings and force blocking all cookies on this website. But this will always prompt you to accept/refuse cookies when revisiting our site. We fully respect if you want to refuse cookies but to avoid asking you again and again kindly allow us to store a cookie for that. You are free to opt out any time or opt in for other cookies to get a better experience. If you refuse cookies we will remove all set cookies in our domain. We provide you with a list of stored cookies on your computer in our domain so you can check what we stored. Due to security reasons we are not able to show or modify cookies from other domains. You can check these in your browser security settings.

These cookies collect information that is used either in aggregate form to help us understand how our website is being used or how effective our marketing campaigns are, or to help us customize our website and application for you in order to enhance your experience.<br><br>If you do not want that we track your visit to our site you can disable tracking in your browser here:

We also use different external services like Google Webfonts, Google Maps, and external Video providers. Since these providers may collect personal data like your IP address we allow you to block them here. Please be aware that this might heavily reduce the functionality and appearance of our site. Changes will take effect once you reload the page.